Okai, I know my updates have been of boring.
Few words. and no pics.

Here's one long update. with PICTURES.
Yes, i finally throw my lazy bones away and decided to beautify my blog once more...

Starts from... well, alrite, after my birthday.

My PC was starting to cock up then.
picture from the dinner with wlny group...

Did i mention that missy shares the same birthday as i do?
Wow!

Anyway, 2 days after my birthday, he had a customer.
So we went together...

He wanted a deer and offered us some smoked deer meat which he hunted and prepared himself. 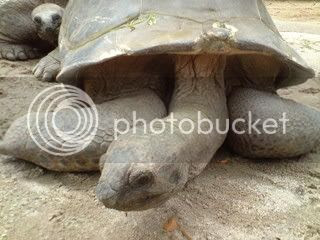 Can u see the sunbear?

Some Iguana and Komodo Dragon

Reptile World (His fav. and made me remember the snakes!)

Moving on... Can u spot the bullfrog? He has been saying he can't find it.
I Spotted it! 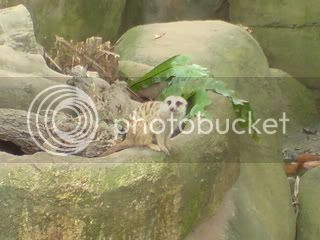 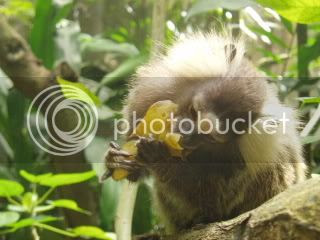 A nice picture of the BIG FIVE: 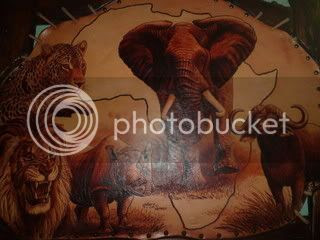 Fooling around with baboons.. LoL:

at the gift shop:

His self proclaimed pet and the boy behind? PET FOOD.
haha.

and last but not least, my fav animal.
THE WHITE TIGER... 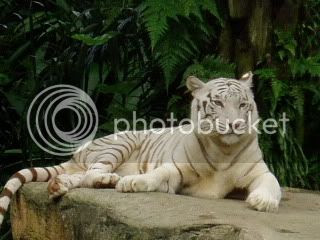 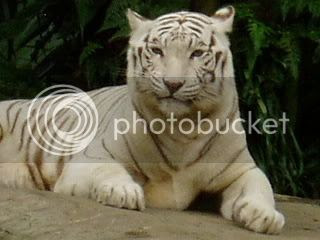 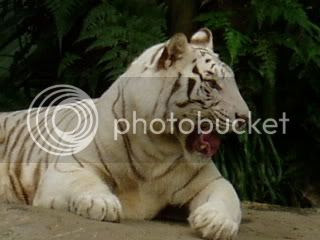 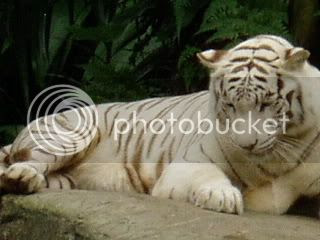 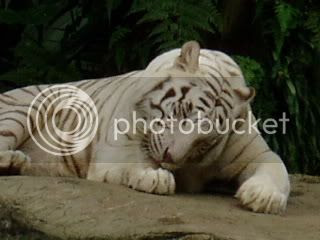 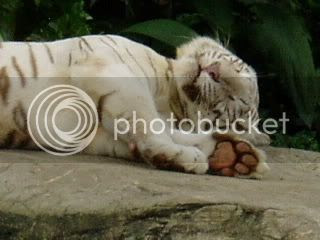 So cute rite??? look at the sleepy face and the pink paws!
I jus love it!

Christmas Eve, office had a party. and i won a pair of movie tix from the lucky draw!
We went for movies together and caught National Treasure at Bishan.
There was no countdown. We just slpt pass x'mas.

X'mas day itself, we caught another movie...
Alvin and the chipmunks! at AMK hub.
Boy, i Love Theodore. He's jus so cute....
haha.

Sent him to the airport...

missed him so much...

My new year eve was once again, slpt through...
Missed him too much. Was kinda emo.
What a way to start a new year!?!
but he did msg me when he was at london airport...

and that nite, we had dinner together...

What a spread! We had Wu Xiang, Carrot Cake and Stingray.
Yummylicious.
and we mixed our drink... TADAH:

13 Jan, was a post celebration for my father's birthday.
Brother brought us to eat at:

we (bro and i) split the cost of cause. It's a shared birthday celebration for my father.

That's my bro being silly

and the parents vs kids:

Yes, my parents took hell load of red ginger...
It was ala carte buffet. and they jus kept eating THIS!!?!?

it was definately a great dinner.

Not much to speak of for the past week.
alot of emotional rollar coaster ride.
Just cross my fingers and hope next week gets better.

And before i go, I MUST blog this...
JAY's CONCERT!
Happy Birthday!!!

Was definately a great concert.
He was so hyperactive, jumping and joking around.
worth the money!

That's pretty much all... for now.

hahaha.. finally i got back wat i lost - Internet access!

and he's goin to be back tml!
Posted by Weili at 1/12/2008 01:29:00 AM
Email ThisBlogThis!Share to TwitterShare to FacebookShare to Pinterest
Newer Posts Older Posts Home
Subscribe to: Posts (Atom)